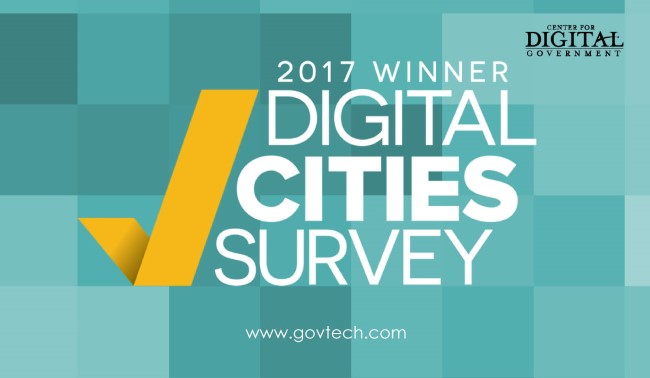 For the seventh consecutive year, the City of Long Beach has been named a Top 10 Digital City, surpassing numerous other cities in a national survey that spotlights municipalities that best demonstrate how information and communication technologies are used to enhance public service.

"Across Long Beach we are building a stronger and more accessible digital city. That's why for us technology and innovation are at the core of our city-wide strategy,” said Mayor Robert Garcia. “Being recognized as a top 10 Digital City is not only a source of pride, but also an affirmation that we are working hard on these challenges."

The designation was based on the City’s progress in implementing the vision to build a robust and fully integrated smart digital city, including:

“Using technology and data to improve City services, creates new opportunities and better connects our community, which is why we are so committed to innovation in Long Beach,” said Bryan M. Sastokas, Chief Information Officer for the City of Long Beach. “This recognition as a national leader in technology is a confirmation of our team's dedication and creativity to the evolving needs of our residents and businesses.”

“This year’s leading digital cities are leveraging technology to connect disadvantaged citizens with critical information and services, promote citizen inclusion in important government processes and share government data with the public,” said Teri Takai, Executive Director of the Center for Digital Government. “Thanks to the efforts of these innovative cities, citizens can now meaningfully interact with city government more easily than in any other time in history. Congratulations to the winners!”

Now in its 17th year, the annual survey recognizes cities using technology to improve citizen services, enhance transparency and encourage citizen engagement. This annual survey was conducted by the Center for Digital Government, a national research and advisory institute focused on information technology policies and best practices in state and local government. The Center for Digital Government is a division of e.Republic, a national publishing, event, and research company focused on smart media for public sector innovation.