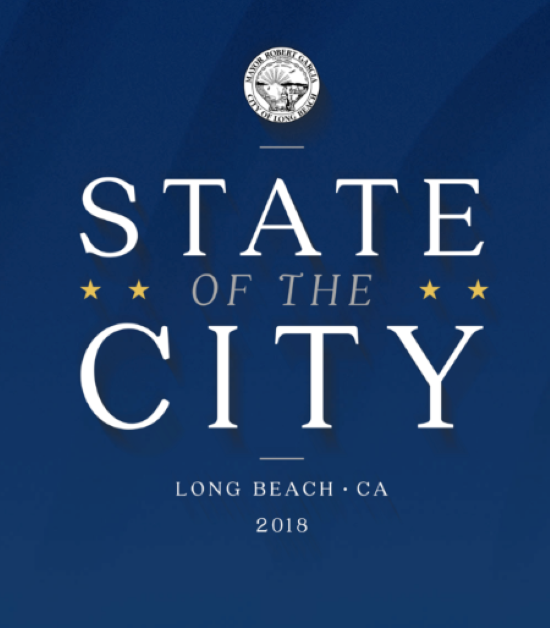 Mayor Robert Garcia will deliver his fourth State of the City Address on Tuesday, January 9, 2018, at the Terrace Theater in Long Beach, California. The program is scheduled to begin at 6:00 p.m. and will be broadcast live on LBTV on cable and webcast from www.longbeach.gov.

The Mayor is expected to celebrate the success and progress of the last four years in economic development, investment in infrastructure and public safety, and Long Beach’s emergence as a leading City for civic tech and innovation. The Mayor will also address ongoing challenges facing the City from housing and homelessness to climate change, and share the vision for continuing the progress the City has made in the last three years.

The State of the City is free and open to the public but can also be watched from the comfort of home. For those who want to attend in person, free parking for cars is available in the Convention Center parking lots. A free bike valet will be available for those who wish to ride a bicycle.

The reception will have displays from the City’s Harbor, Library and Water Departments who are helping to underwrite the event. Food trucks and no host bars will be available for those who wish to purchase food or beverages.

More details about the event, including maps, are available at: http://stateofthecitylb.com or www.longbeach.gov.