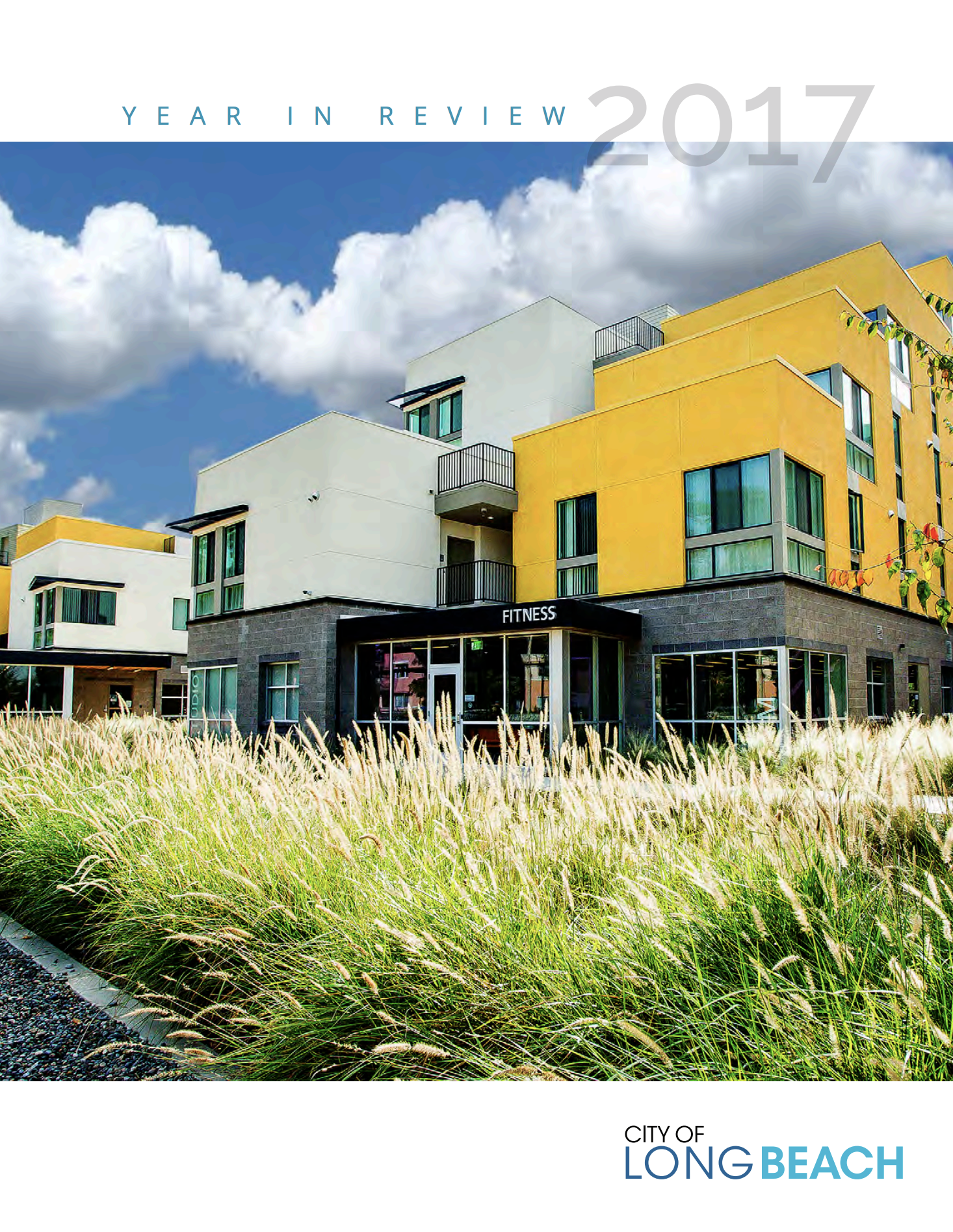 The City of Long Beach is proud to release the 2017 Year in Review, a comprehensive review of the City’s accomplishments and accolades for the year. During 2017, the City received national recognition for its efforts in technology, equality, housing, green initiatives, city planning, leisure opportunities, and a world-class public library system.

"Long Beach has progressed on so many fronts this year,” said Mayor Robert Garcia. “These accomplishments demonstrate our unwavering commitment to providing amazing programs and infrastructure to the entire community.”

The ongoing construction of the new Civic Center, the opening of Gumbiner Park, increased resources for public safety and improvements to our streets and infrastructure provided through Measure A, and a significant decrease in unemployment rate, are just a few major accomplishments and accolades for the City of Long Beach in 2017.

In conjunction to the release of the 2017 Year in Review, the City will highlight the 10 most significant news items for Long Beach this year. The City will hold a social media countdown, releasing one story per day on Facebook and Twitter, beginning Thursday, December 21. The No. 1 story of 2017 will be posted on Saturday, December 30, at 6:00 pm.