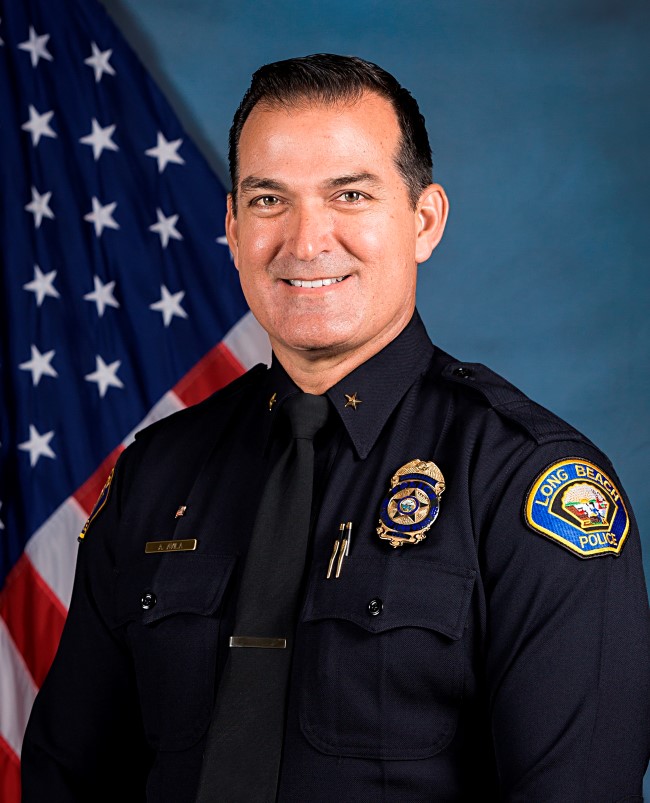 Deputy Chief Avila, a 27-year veteran of the Long Beach Police Department, began his career as a police officer in 1990, and promoted to the rank of sergeant in 1999, lieutenant in 2006, and commander in 2012. Most recently, he was responsible for overseeing the department’s Security Services Division.

Deputy Chief Avila has an extensive and diverse work history, which includes serving as a patrol officer, field training officer, robbery detective, Investigation Bureau administrative sergeant, family services lieutenant, port police division commander, and training and communications division commander. He holds the distinction of being the only person to be assigned to the department’s Gang Enforcement Section as a detective, sergeant, and lieutenant.

“I am truly humbled and honored to have been selected to serve as Deputy Chief,” said Deputy Chief Alex Avila. “I look forward to leading the Support Bureau and working with its many outstanding employees who provide critical support services to the police department. I am also eager to continue our efforts to strengthen our partnerships with the many entities we collaborate with to provide security services throughout our community.”

Deputy Chief Avila holds a Master of Science degree in Emergency Services Administration from California State University, Long Beach, a Bachelor of Science degree in Occupational Studies, and an Associate of Arts degree in Administration of Justice from Long Beach City College. He is a graduate of the University of Southern California Delinquency Control Institute, the Sherman Block Supervisory Leadership Institute, the F.B.I. Executive Leadership Course, and the F.B.I. National Academy.