The City of Long Beach continues to host a series of community events, as part of the process of developing a proposed short-term rental (STR) ordinance. If adopted by the City Council, this ordinance will establish a framework for regulating STRs, or vacation rentals, within the City.

The third and final STR community workshop will be held at the Expo Arts Center, 4321 Atlantic Ave., on Wednesday, October 10, 2018, from 6 p.m. to 8 p.m. Translation services in Spanish, Tagalog, and Khmer, as well as light refreshments will be provided. The workshop will feature a presentation of three proposed STR ordinance options, followed by a question and answer portion. Based on community feedback the three options will be further refined and incorporated into a STR recommendation to be presented to City Council. The project team is expected to present its findings for a proposed STR ordinance to the City Council in November 2018.

In March 2017, the City Council approved an item brought forth by Councilmember Jeannine Pearce, and co-sponsored by Councilwoman Lena Gonzalez, Councilman Dee Andrews, and Vice Mayor Rex Richardson to direct City staff to review STR regulations following the growth of platforms such as Airbnb and HomeAway in recent years. Regulating STRs in Long Beach would require an update to the City’s Municipal Code to address matters such as host registration, safety guidelines, and transient occupancy tax (TOT) provisions.

To learn more about the process of developing STR regulations in Long Beach, the community can sign up for notifications on LinkLB. Information regarding upcoming community meetings and events on this topic is available at www.lbds.info/lbshorttermrental.

Media inquiries can be directed to Richard de la Torre with Long Beach Development Services at 562.570.7174 or Richard.Delatorre@longbeach.gov 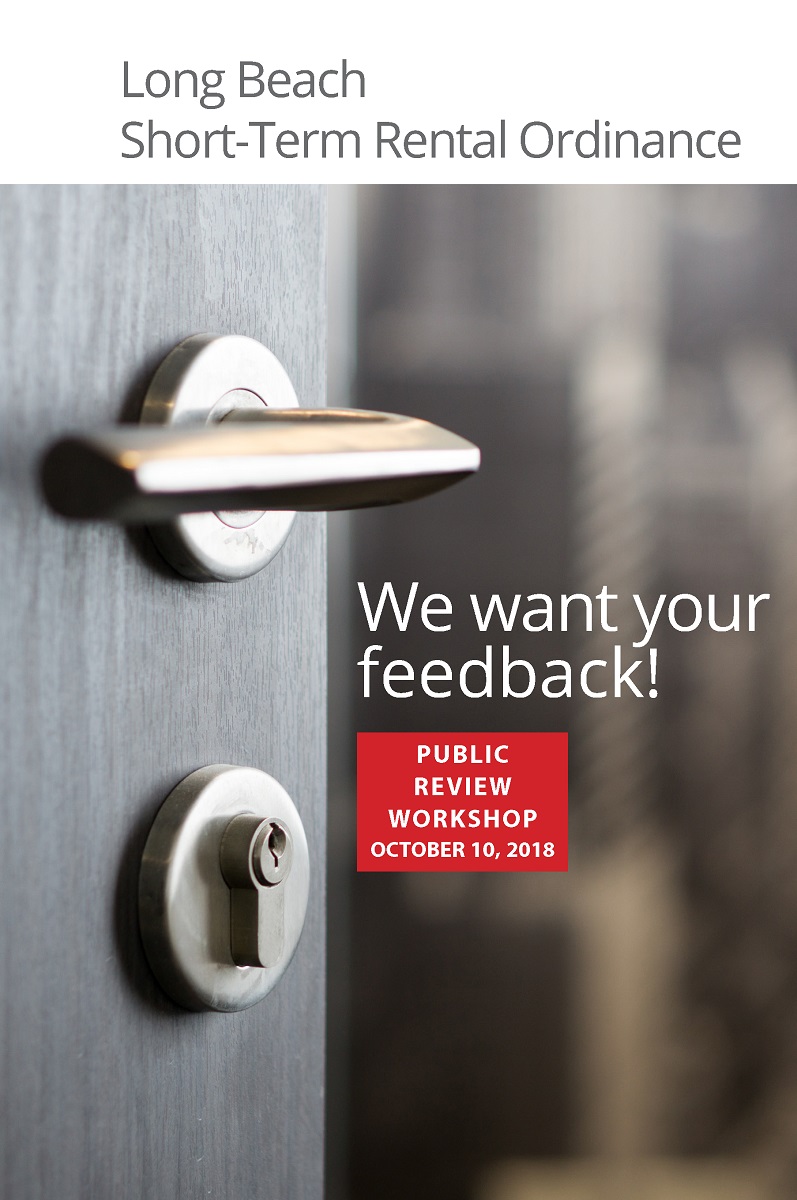 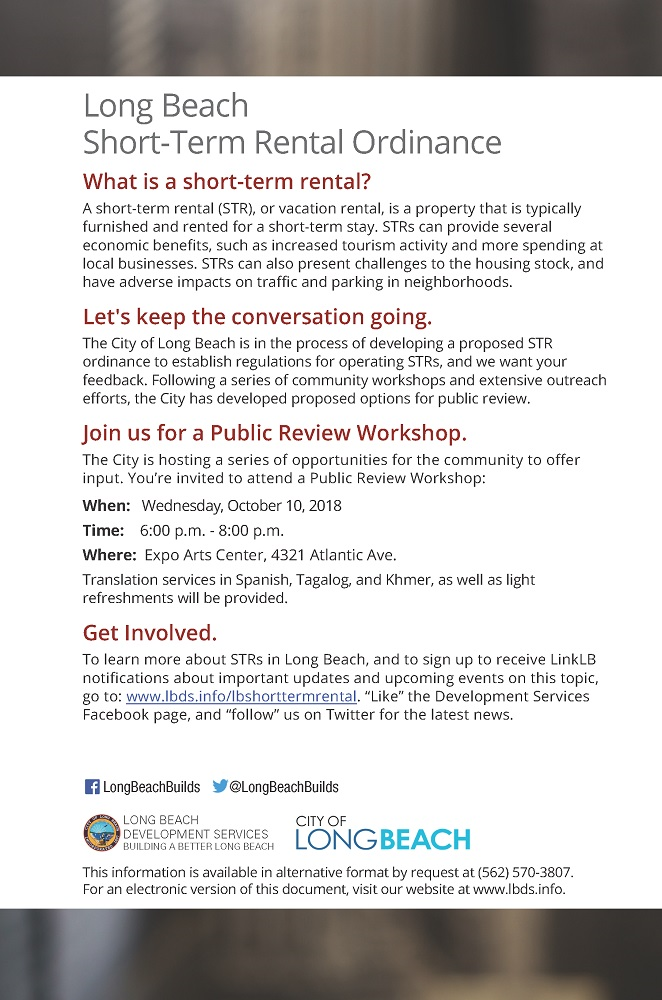