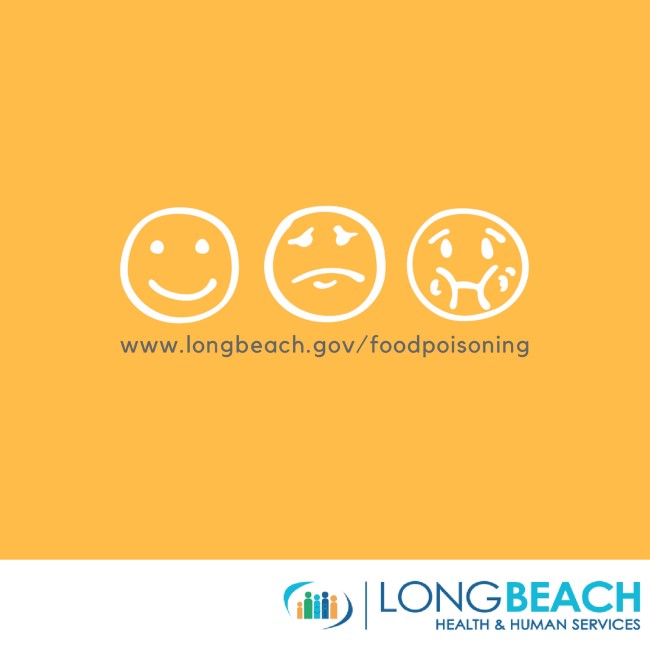 The Foodborne Illness Incident Report is now available on the Health Department website.  This system can be used by any member of the public to file a complaint if they believe that they have become sick after eating food or drinking a beverage from a food establishment in Long Beach.

“This new reporting system will help us keep our residents safe by preventing foodborne illness,” said Mayor Robert Garcia. “Using technology to detect outbreaks will give us a better opportunity to respond more quickly and ensure that our Long Beach restaurants and patrons are also safe.”

Approximately 48 million people get sick from a foodborne illness (food poisoning) each year in the United States, according to the Centers for Disease Control and Prevention (CDC). Foodborne illnesses often catch media attention during multistate outbreaks such as the currently ongoing romaine lettuce E. coli O157 outbreak and the egg shell Salmonella outbreak.

The Health Department’s Consumer Protection Program consistently works alongside food establishments to ensure that the food sold and served in Long Beach is safe, wholesome, properly labeled, and produced under sanitary conditions. The Health Department also tracks foodborne illness by asking hospitals to report increases of gastrointestinal illness in their emergency departments, but often the most valuable indicators are reports from the public to identify possible outbreaks within the city.

Food poisoning can be caused by bacteria, viruses, or parasites. Common symptoms include nausea, vomiting, stomach cramps, and diarrhea. Although anyone can get food poisoning, some people, such as women who are pregnant, young children, and older adults, are more likely to develop severe illness. It is also important to remember that food poisoning could occur from anything consumed typically within three days, and not always from the last thing consumed.

“This new electronic reporting system will expedite the way residents can report foodborne illness in Long Beach, thus allowing our inspectors to visit food facilities more quickly and get ahead of any potential outbreaks in our city,” said Dr. Anissa Davis, City Health Officer.