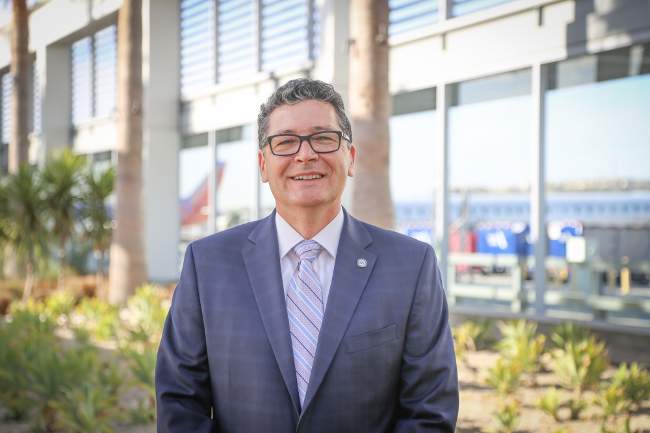 “Jess led the Long Beach Airport with great professionalism and integrity, and he will be missed,” said City Manager Patrick H. West. “He oversaw the advancements of huge infrastructure improvements at LGB, and created a culture of inclusivity and transparency among staff, customers and Long Beach residents. We thank him for his service, and wish him the best in his retirement.”

During his time with LGB, Mr. Romo oversaw the progress or completion of major projects and initiatives, such as: Phase II Terminal Area Improvement project, a $65.2 million capital project that will improve functionality of terminal facilities, create welcoming community engagement and hospitality spaces in pre-screening areas and improve the customer experience; reconstruction of Runway 8R-26L, a $16 million capital project to rehabilitate the airport’s busiest runway, which was completed on time and on budget; and the implementation of a modernized, commercial ground transportation program to improve access and traffic flow and to yield greatly improved cost recovery highlighted by an annual revenue increase of over $1.2 million.

“It has been an honor to serve the residents of Long Beach by providing world-class service at one of the best airports in the country,” said Romo. I can’t thank the team here at LGB enough for the great work they do every day to provide a positive experience for customers and the surrounding community. I know that will continue well into the future. I’d also like to thank the Mayor, City Council, the City Manager and my colleagues across City departments for their leadership.”

Mr. Romo’s last day with the City will be January 31, 2019. A national search for the next Long Beach Airport director will commence immediately, and an announcement regarding an interim director is forthcoming.