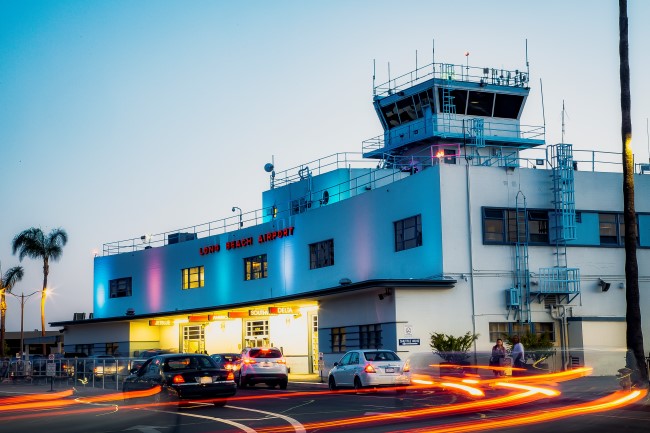 “This update will make the Long Beach Airport’s website much more user-friendly and easier for customers,” said Mayor Robert Garcia.

Commonly searched travel information such as flight status, ground transportation, parking rates and shopping and dining options is prominently featured along with community and pilot information. Content is strategically located in a more intuitive interface and a modern, clean layout.

“It is extremely important for the community to have access to real-time airport information,” said Airport Director Cynthia Guidry. “Long Beach Airport is proud to unveil our redesigned website, which has many new features that will be extremely useful.”

The new responsive site makes it easier to navigate, including on mobile devices. Users will have the capability to search for arrival and departure information by origin, airline and flight number. A website-specific search engine also allows users to search strictly for content available on LGB’s site.

Other new features include a searchable map showing local hotels, dining options and points of interest in Long Beach and an interactive flight tracker with live tracking maps providing real-time flight status. This live map displays worldwide commercial flights as well as general aviation flights in the United States and Canada, which can be searched by airline, flight number, city or airport. These features are useful for travelers as well as aviation enthusiasts since it also includes photos and details about individual aircraft such as altitude, speed and aircraft type.

The design of the new website brings lgb.org in line with the redesigned City of Long Beach website completed in 2015, including the ability to translate content into Filipino, Khmer and Spanish. The new website is based on the Episerver CMS. City of Long Beach’s Technology and Innovation staff, assisted by area firm Thinklogic, designed and coded the site.

Founded in 1923, Long Beach Airport (LGB) is the oldest airport in California. A new passenger concourse opened to the public in 2012 and has since earned extensive praise for its modern design and architecture, local eateries and easygoing travel experience. Recently, Sunset magazine awarded LGB with a Best of 2017 Travel Award. In addition, USA Today and 10Best.com recognized LGB for Best Airport Dining in their Readers Choice poll. LGB offers non-stop service to several U.S. cities while supporting a healthy general aviation community with over 300,000 annual operations. The airport is also a source of substantial economic activity and employment. LGB generates $1.6 billion and 10,000 jobs in total economic activity, while the broader LGB Aviation Complex generates $8.6 billion and supports 46,000 jobs. LGB is a self-supporting enterprise of the City of Long Beach and does not receive local tax dollars. The Airport prides itself in preserving its esteemed historic legacy and maintaining a safe, sustainable, and environmentally responsible operation.