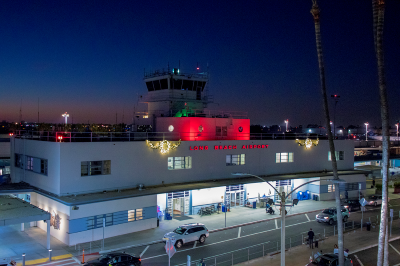 Long Beach Airport (LGB) has been named the second easiest and most convenient airport to travel in the country by Treetopia. With millions of Americans preparing to travel for the winter holidays, LGB travelers should expect peak holiday travel days to run from now through December 23. A slight drop is expected on December 24 and 25 and will pick up again on December 26.

“People often travel to spend time with their families during the last two weeks of the year,” said Mayor Robert Garcia. “Long Beach includes hometown hospitality within a revitalized, dynamic city. It’s a great place for families to gather for the holidays.”

Treetopia reviewed government data from 2017 and looked at fights at the 50 busiest airports in the nation during the holiday season. Long Beach Airport made the site’s list of best airports, coming in second to George Bush Intercontinental Airport (IAH) for travel during the holiday period.

“We strive to provide straightforward, convenient and simple travel and ease of access,” said Airport Director Jess Romo. “We suggest that regardless of the day you travel, you arrive at the airport at least 90 minutes early, not just to avoid potential delays, but also to have the opportunity to enjoy the local eateries and open-air concourse.” 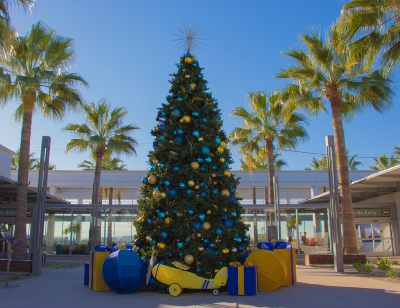 The Transportation Security Administration (TSA) expects to screen a record number of travelers nationally and locally during the 2018 Christmas and New Year holiday travel season.