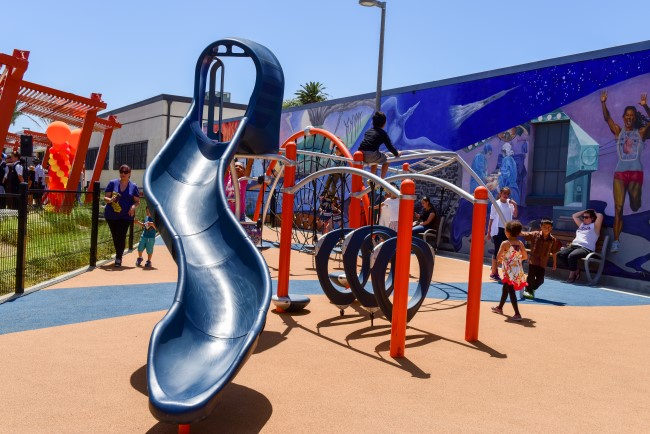 Long Beach Parks, Recreation and Marine (PRM) has risen to number 21 among the 100 largest U.S. cities in the Trust for Public Land’s (TPL) 2018 ParkScore® Index survey, a hike from 2017’s 24th place ranking.

The TPL Report commended PRM for its walkable park access in the city where a total of 81 percent of residents live within a 10-minute walk to a park. Also noted was the City’s investment in parks and recreation of $208 per resident, compared to the national median of $105. PRM also stood out for the number of senior centers and off-leash dog recreation areas serving residents throughout the City.

“Our park system is part of what provides a great quality of life in the City of Long Beach,” said Stephen P. Scott, Interim Director of the Department of Parks, Recreation and Marine. “We are proud of our efforts to provide more recreational open space within walking distance of residents. In recent months, we created new greenbelts with walking paths and bike trails, opened three artificial turf sports fields, broken ground on a new 6,500-square-foot community center, opened a new 12-acre wetlands, and will soon open the new 34-acre DeForest Wetlands project with restored habitats and flood control capabilities, and opportunities for bird watching, walking, and educational tours programs.”

The TPL Report ranks parks according to: