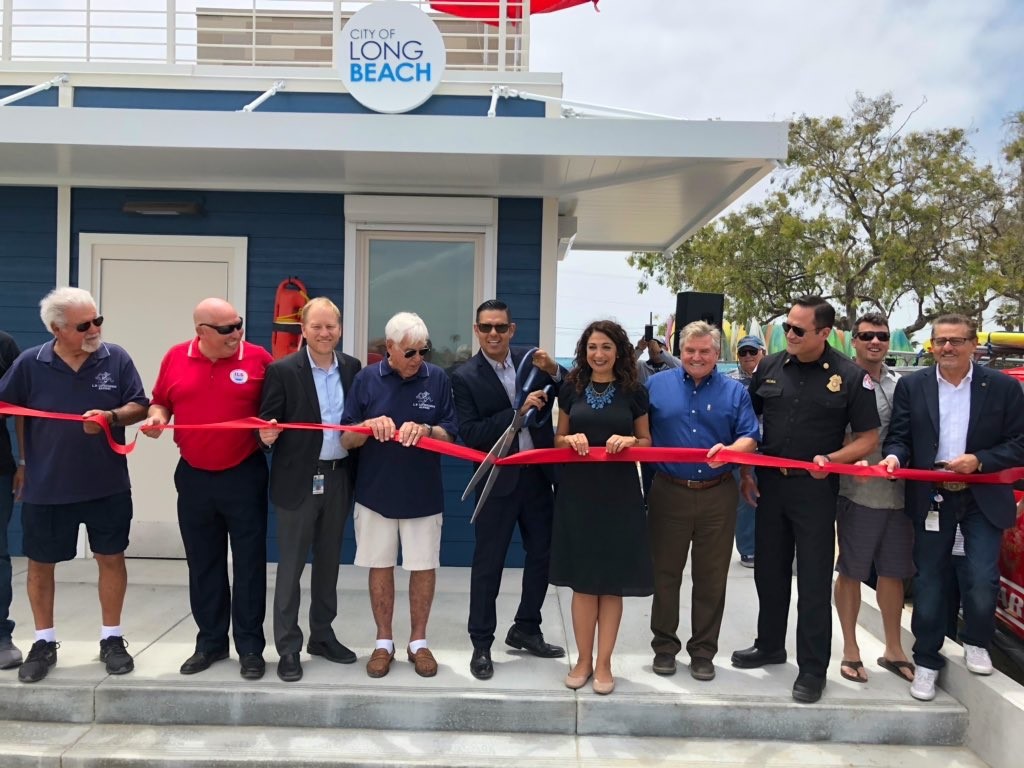 Earlier today, the City of Long Beach celebrated the grand opening of the new Bayshore Lifeguard Station. Located at 5415 E. Ocean Blvd, is the first pre-fabricated lifeguard station in Long Beach, which provided a savings on both construction time and cost. The station will offer improved public safety to the Bayshore area and surrounding beach locations.

“Public safety is always our number one priority in Long Beach, and this new and improved lifeguard station provides our hard-working Marine Safety crews with a place to offer great card and rescue services,” said Mayor Robert Garcia.

In addition to the Lifeguard Station, the Wibit aquatic playground has returned with three new extensions, including a climbing tower, a trampoline and a tilt and spinner.

Construction of the 524-square foot, prefabricated building was a combined effort between the City’s Public Works Department, Exbon Development Inc. and the Public Restroom Company. The new building replaced a wooden structure that had extensive damage. The upgraded facility includes storage space, changing rooms and showers for safety personnel, along with an area to provide first aid to the public.