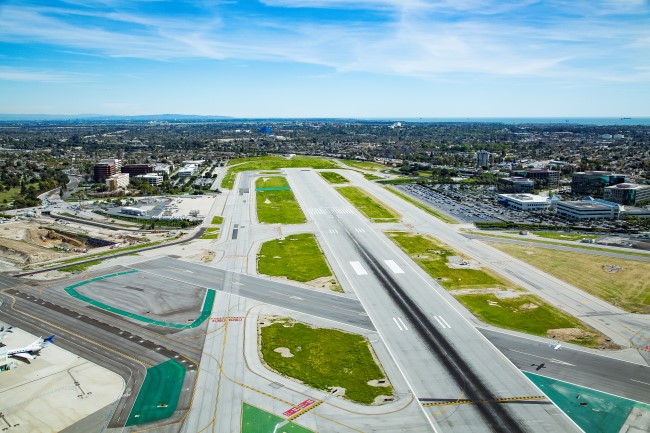 At the Long Beach Airport (LGB) Advisory Commission meeting on January 18, possible amendments to the airport’s Noise Ordinance (Ordinance) will be discussed and presented to the public. The amendments have in part been proposed due to a substantial increase in late-night operations recently at the airport. Enacted in 1995, the current Noise Ordinance has never been modified.

“I encourage members of the public that are interested in the airport and its noise ordinance to attend this meeting,” said Mayor Robert Garcia. “It’s important that everyone has an opportunity to provide their input, and this meeting will also provide the community with the reassurance that these amendments will not endanger our noise ordinance.”

The original Noise Ordinance was first enacted in 1981, and subsequently spent over a decade in the courts after being challenged by air carriers. The current Ordinance is the result of a settlement agreement between the various stakeholders. It is grandfathered under the Airport Noise and Capacity Act of 1990 and is considered to be one of the strictest noise control ordinances in the country.

“We invite everyone to be part of the process. We’re working in conjunction with the Federal Aviation Administration, the airlines, other aviation stakeholders, and especially the community toward a reasonable and balanced outcome that benefits all,” said Airport Director Jess L. Romo.

The amendments being proposed include a significant increase in the fine structure for operations outside of the hours of 7:00 a.m. to 10:00 p.m., with a provision that the most egregious offenders may be subject to the forfeiture of flight slots. The proposed amendments also include a requirement for air carriers to increase utilization of their flight slots. If the proposed amendments are adopted, the companion Flight Allocation Procedures Resolution will also be amended.

The Airport Advisory Commission meeting will be held on Thursday, January 18, 2018 at The Grand, 4101 East Willow Street, Long Beach, CA, 90815 at 4:00 p.m. Members of the public are invited to attend the meeting to provide feedback and input on the proposed changes. There will be two additional meetings giving the community an opportunity to weigh in on the proposed amendments that will be announced at a later date.

To view a memo regarding curfew violations and possible amendments, please visit: http://www.longbeach.gov/globalassets/city-manager/media-library/documents/memos-to-the-mayor-tabbed-file-list-folders/2017/august-9--2017---curfew-violations-at-the-long-beach-airport.

Founded in 1923 as the first municipally-owned airport in California, Long Beach Airport (LGB) recently completed a revitalization to update its facilities. In 2012, a new passenger concourse opened to the public and has since garnered extensive praise for its modern design and architecture, local eateries and easygoing travel experience. Recently, both Fodor’s Travel Guide and the BBC named LGB one of the top 10 terminals in the world, and USA Today and 10Best.com recognized LGB for Best Airport Dining in their Readers Choice poll. LGB offers non-stop service to several U.S. cities while supporting a healthy general aviation community with nearly 300,000 annual operations. The airport is also a source of substantial economic activity and employment, as well as a leader in maintaining a sustainable, environmentally responsible operation. For more news, pictures, videos and announcements of what's happening, "Like" us on Facebook, or follow us on Twitter @LBAirport and Instagram @lgbairport.