The public is invited to attend a groundbreaking ceremony for the 14th Street Park Expansion on Wednesday, October 10, 2018 at 9 a.m., located at 14th Street and Long Beach Boulevard.

“14th Street Park has been a community and city partnership for many years,” said Mayor Robert Garcia. “Block by block, recreational amenities have been added, and now we mark the start of an exciting expansion that will create an eastern gateway to the park.”

“I am so excited to be able to continue the expansion of 14th Street Park,” said Councilwoman Lena Gonzalez. “Over recent years, we have seen improvements including a Ka-Boom-sponsored playground, the Michael K. Green Skate Park, a basketball court, fitness zone, and new street game courts. Adding even more open space will fill a big need for our residents.”

The demolition and future park expansion will be funded by a $250,000 grant from the County of Los Angeles Fourth District Supervisorial Funds, $100,000 Transportation Development Act (TDA) funds, and supplemental Park Impact Fees. 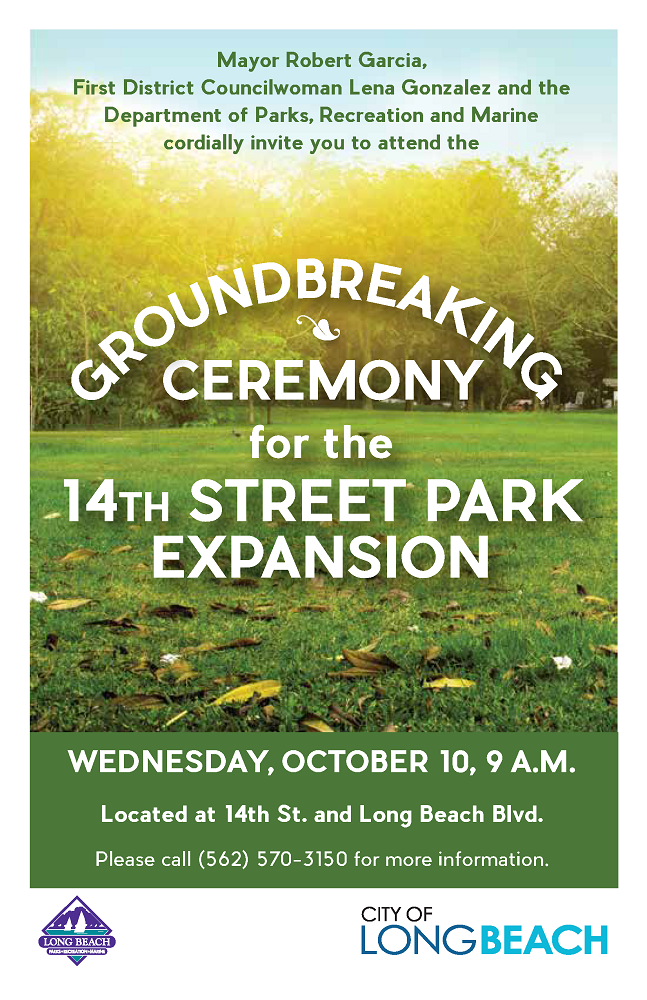 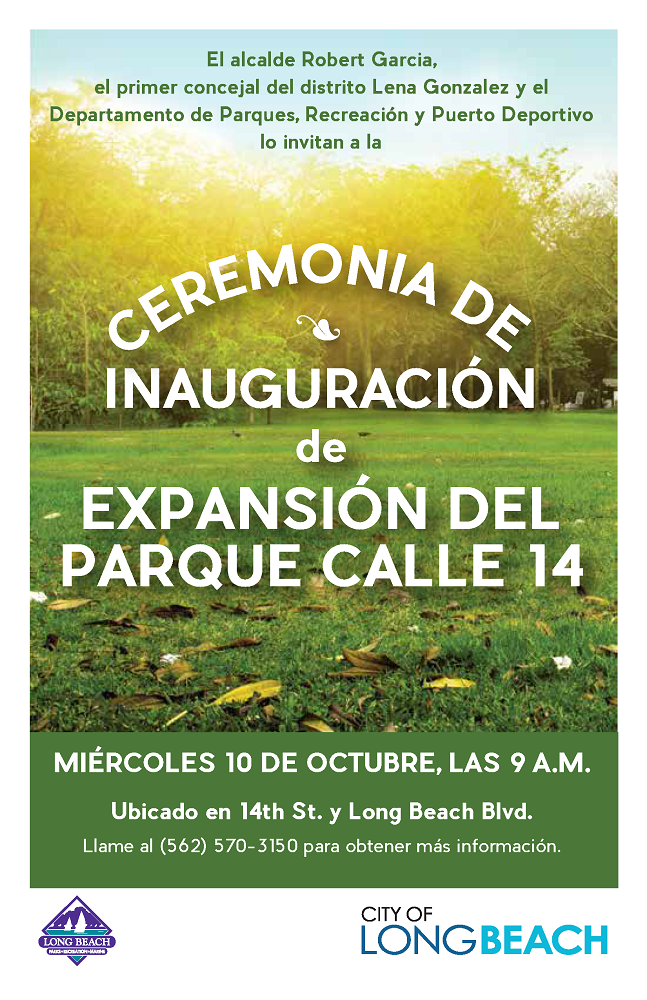