At a press conference this morning at Shoreline Aquatic Park, the City of Long Beach in partnership with USA Triathlon, announced plans for the Legacy Triathlon, a new event to be held in Long Beach, California, starting July 20, 2019. The race will be held at Alamitos Beach, proposed site of the triathlon competitions for the 2028 Olympic and Paralympic Games.

“We are excited to welcome USA Triathlon to Long Beach,” said Mayor Robert Garcia. “Today, we marked the beginning of a great partnership that will lead up to the 2028 Olympic Games, which is going to be a historical moment for our city.” 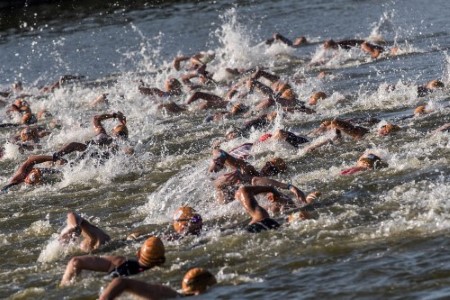 The Legacy Triathlon will begin in 2019 as an age-group race with a cap of 750 athletes. Participants will cover a sprint-distance course featuring a 750-meter swim, 20-kilometer bike and five-kilometer run. Registration is now open and the public can register at thelegacytriathlon.com. No qualification is required.

“As the first National Governing Body in the U.S. Olympic family to bring a new annual event to the Los Angeles footprint as part of the lead-up to 2028 Olympic and Paralympic Games, USA Triathlon is building its legacy before, rather than after, the Games,” Harris said. “Starting today, we are proudly giving back to the local multisport community in Southern California — the birthplace of triathlon — and building the foundation of what will become an international destination race for years to come.”

The event will eventually expand into a two-day multisport festival that includes both amateur and elite racing. Plans are for the elite component to begin as an ITU Triathlon World Cup and ultimately become a stop of the ITU World Triathlon Series — the highest level of elite ITU competition — in the lead-up to the 2028 Olympic and Paralympic Games.

The USA Triathlon Foundation has pledged a total of $100,000 ($10,000 per year through 2028) to support local community initiatives in conjunction with the Legacy Triathlon. 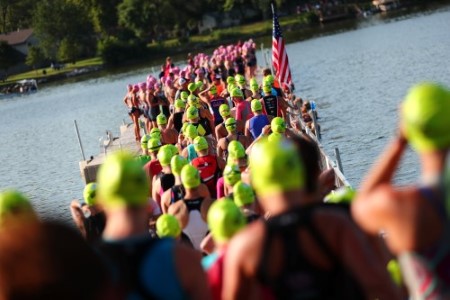 “When plans for the Legacy Triathlon were first put into place, we knew it needed to be more than just a race,” said Dave Deschenes, Executive Director of the USA Triathlon Foundation. “We saw an opportunity to give back to the Long Beach and Los Angeles triathlon communities and build a tangible legacy for years to come. This grant funding will support local organizations that provide multisport resources to youth, athletes with disabilities and Olympic dreamers — the USA Triathlon Foundation’s three focus areas.”

For more information about the Legacy Triathlon, visit thelegacytriathlon.com. Additional media resources, including speaker bios and headshots, photos, video footage and more, are available in a digital press kit at https://bit.ly/2rPiaIJ.

USA Triathlon is proud to serve as the National Governing Body for triathlon, as well as duathlon, aquathlon, aquabike, winter triathlon, off-road triathlon and paratriathlon in the United States. Founded in 1982, USA Triathlon sanctions more than 4,300 events and connects with more than 400,000 members each year, making it the largest multisport organization in the world. In addition to its work with athletes, coaches, and race directors on the grassroots level, USA Triathlon provides leadership and support to elite athletes competing at international events, including International Triathlon Union (ITU) World Championships, Pan American Games and the Olympic and Paralympic Games. USA Triathlon is a proud member of the ITU and the United States Olympic Committee (USOC).