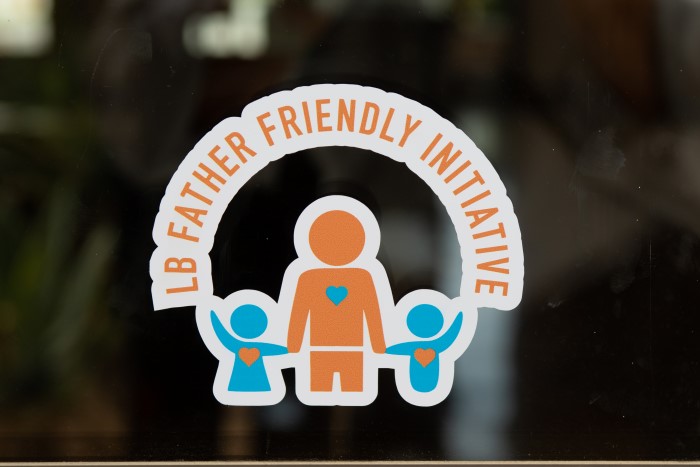 One day last year, single father *Craig Wilson had to leave everything behind.

Fleeing domestic violence, Wilson and his 12-year-old son packed up a few suitcases full of clothes and left in a hurry. He had to give up his job and his home, his two anchors of security. For nearly a year, they bounced from shelter to shelter across various counties in order to get as far away from the perpetrator—his son’s mother.

“I had to make a change for my own safety and my son’s safety, and the change I made was picking up the phone and asking for help by calling a domestic violence shelter,” Wilson recalls. "That was huge. I’m doing good now, but a year ago I was a mess. I had to give up everything.” 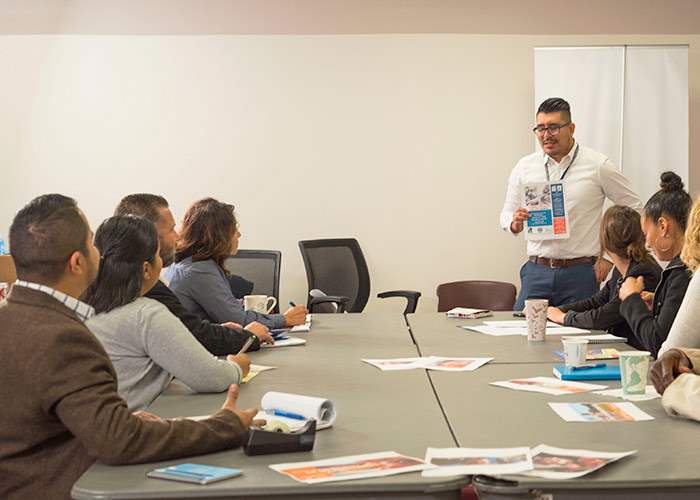 Support groups and parenting classes offered through these domestic violence shelters were helpful, he says, but he was often the only father in the groups. That all changed when someone introduced him to a City of Long Beach program for fathers only.

Spearheaded by the City’s Department of Health and Human Services as part of a federal initiative, Life Coaching and Fundamentals of Fatherhood Program (LCFFP) provides a variety of resources for low-income fathers to ensure that both fathers and their children are healthy, safe and emotionally secure.

Now in its fourth year in partnership with Goodwill and local nonprofit Families Uniting Families, the City program has graduated nearly 500 fathers since its inception. It focuses on emotional, social and economic development of the father by providing an assigned life coach for up to a year, as well as an all-male facilitated cohort that meets for 10 weeks and a case manager for job skills development.

LCFFP is entirely free and open to any father—including stepfathers and expecting fathers—over the age of 18.

“If we can strengthen family bonds, we know that we can reduce violence in the home and, in the long run, violence in the community,” says Ana Lopez, the City Health Department’s Community Impact Division Officer. “The role of men is pivotal in creating healthy and supportive families.”

Wilson, who entered the program last October, has seen concrete changes in his life since: With the help of his case manager, he acquired a new job and is more confident about managing his finances. Additionally, Wilson’s relationship with his son has improved with his new awareness about how to maintain healthy communication.

“The best thing they taught me was to correct less and to connect more,” he says. “It encouraged me to be the best dad that I can be. That is, really thinking outside the box. Basically having patience with him and listening to him, letting him have a voice. It taught me a lot of things I didn’t know, and it showed me to not be like the father I had growing up, to be the best father I can be today. And it gave me a lot of tools to use, a lot of understanding of what kids go through and what the kids are feeling.”

Additionally, the amount of morale boost provided by the program was very encouraging, he says, from taking him and his son to football and baseball games to organizing a group field trip up to Big Bear.

“They gave us a Christmas party and gave my son six presents,” he says. “It was incredible. So much love and support — it’s one of the best things I’ve ever been through.”

*The subject’s name has been changed for his safety.