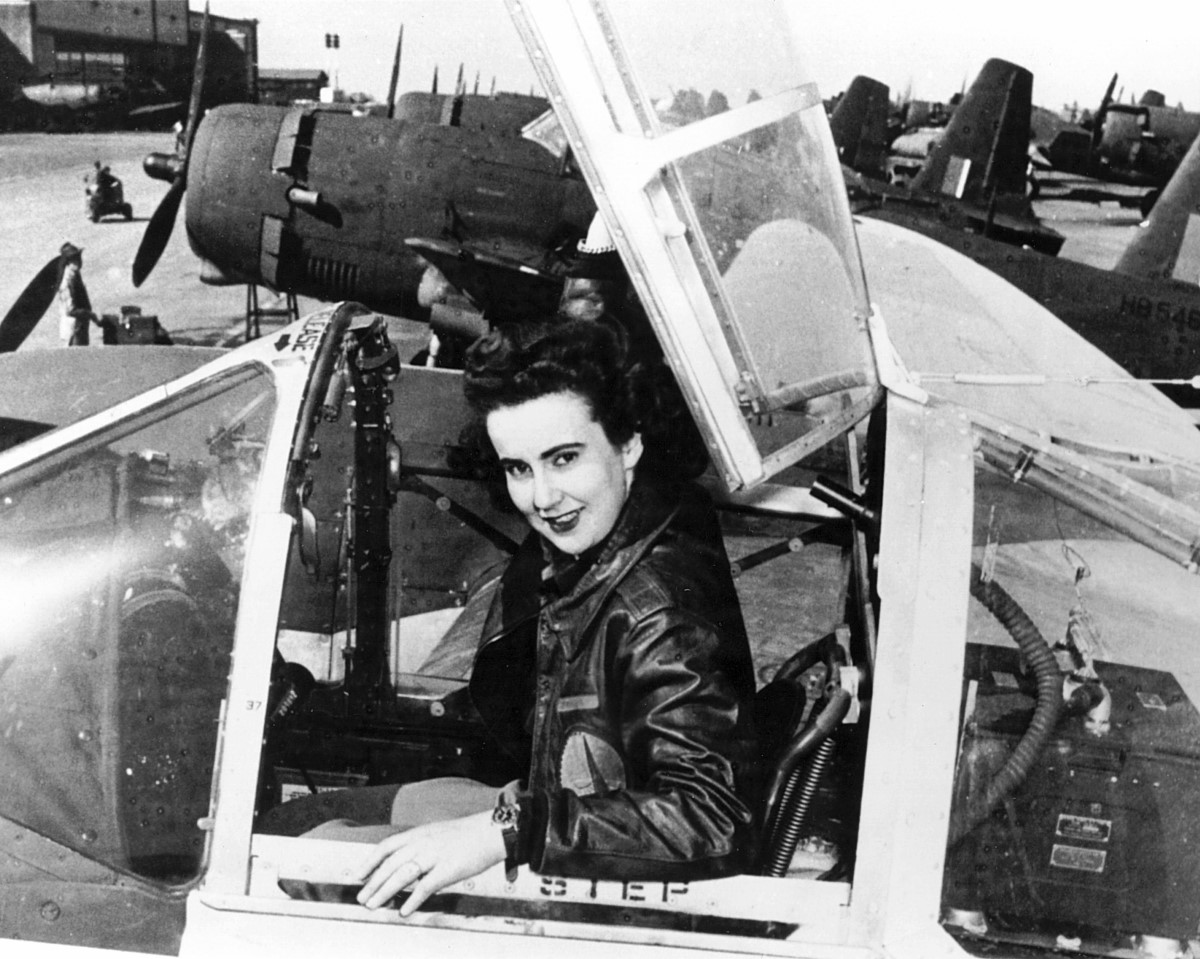 Even before Long Beach Airport opened in 1923, Long Beach was at the forefront of aviation.  Its wide, smooth beach served as the city's first airfield and in 1910, just seven years after the Wright brothers accomplished the first powered airplane flight over the sand dunes at Kitty Hawk, South Carolina, Long Beach hosted a national air meet which drew 15,000  spectators.

Over the next century, many women etched their place in the history of Long Beach flight, building warplanes, competing in the Powder Puff Derby air competitions, patrolling the wartime skies and flying around the world. In 1964, Joan Merriam Smith, an aviatrix who often flew out of Long Beach Airport, piloted her twin-engine plane named "The City of Long Beach" out of Oakland on the same 27,000-mile route originally planned by Amelia Earhart, circumnavigating the globe in 56 days. She became the second female pilot ever to accomplish this feat:  Ohio-based Jerrie Mock had successfully flown around the world just a few weeks before Smith. 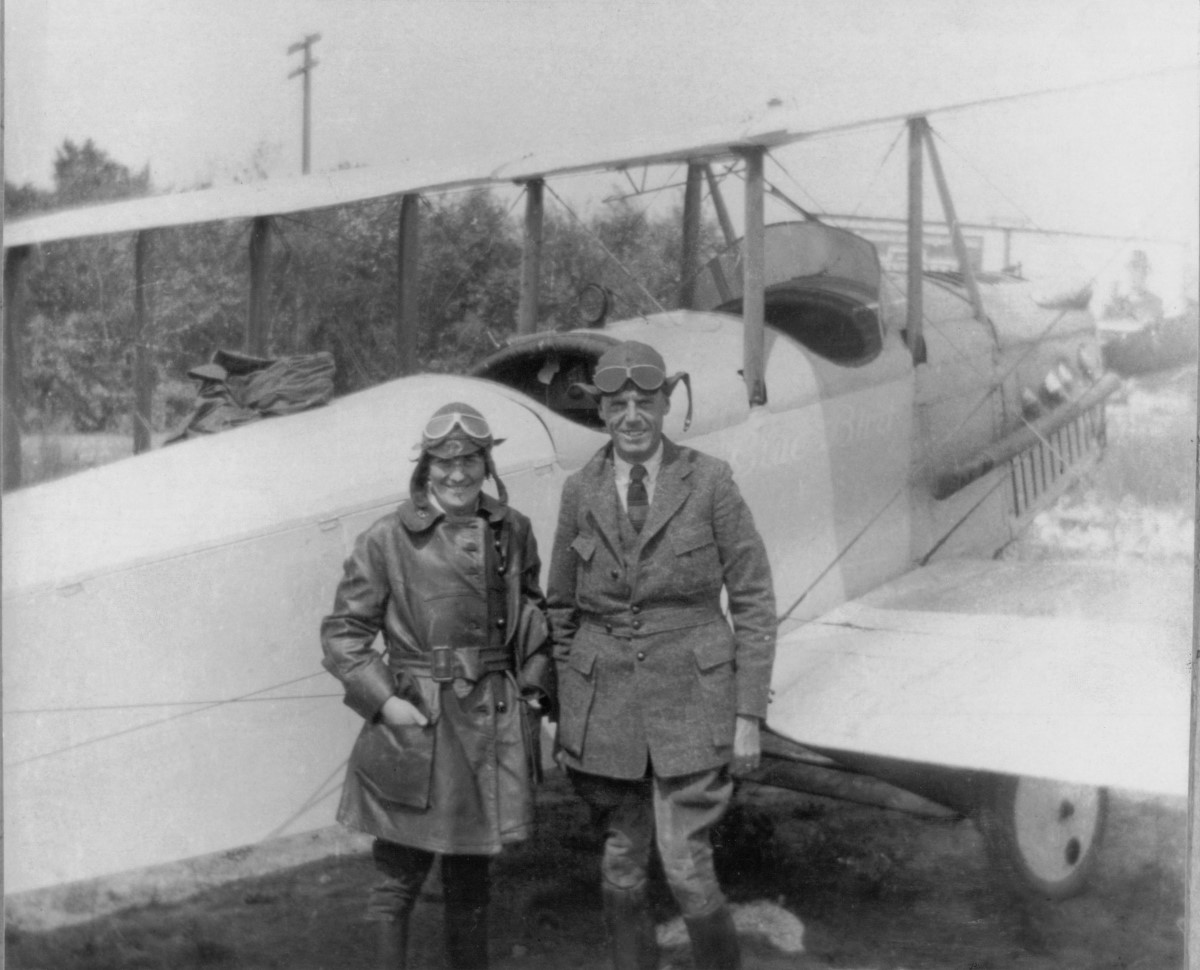 In 1924, Catherine "Kay" Hall of Long Beach met Earl Daugherty, the daring and industrious father of Long Beach aviation, while working in a downtown department store. Their mutual love of aviation led to romance. Their wedding ceremony took place 2,000 feet above Long Beach in a plane Earl was flying.

In 1928, Earl, along with two passengers, was performing a set of stunts over the airport when the wings of his bi-plane buckled and the aircraft plunged to the ground.  There were no survivors.  Kay soldiered on, continuing to run the Daugherty Flying Service, the flight school she and Earl started.  She never re-married.

She learned to fly at Willow Field, the original site of the airport. During World War II, Kay was First Lieutenant and Executive Director of the Long Beach Squadron of the U.S. government’s Civil Air Patrol.  The Patrol worked as a messenger service, a transport service for civilian officials and a locator of lost planes.

After Kay retired from flying, she opened the International Garden Hotel next to the Long Beach Airport, which she managed until she was 92 years old.  She passed away in 2000 at the age of 101.

A native of Seattle, Washington, Barbara enrolled in the Civilian Pilot Training Program in 1940 while building B-17 bombers for Boeing.  She soon distinguished herself as a WASP (Women Air-Force Service Pilot) and a member of the Women's Auxiliary Ferry Squadron.  Her job in the Squadron was to deliver warplanes to locations throughout the United States.

In 1943, Barbara became commanding officer of the Long Beach 6th Ferrying Group and took many long trips from Daugherty Field.  She became the only woman in World War II to receive the United States Armed Forces Air Medal after an 8,000-mile plane-ferrying odyssey in the summer of 1943. She first flew a Douglas DC-3 from Long Beach to a base in Fort Wayne, Indiana. There, she picked up a P-47 Thunderbolt and delivered it to Long Beach. Then she boarded a P-51 Mustang fighter plane and delivered it back to Fort Wayne. Finally, she picked up another P-47 Mustang and took it back Long Beach. After the war, Barbara ran a flight school and charter service and assisted in founding the Long Beach chapter of the Ninety-Nines, an international organization of women pilots.

One of the most iconic images from World War II is Rosie the Riveter, with her bandana-wrapped hair and flexing biceps. Elinor Otto, 99, who still drives her car through the streets of Long Beach, got her aviation career started in San Diego as one of the original Rosies. She worked the rivet gun on bombers and fighter planes, first for Rohr Aircraft and later for Ryan Aeronautical Company.

Later in her career, Elinor moved to Long Beach to work on Boeing's massive C-17 transport plane.  By 2014 she had worked on every C-17 the Boeing plant had produced and she ended her 50+ year aviation career that year, only because Boeing ceased operations.

Earlier this year, Ms. Otto was delighted to visit a new downtown Long Beach drinkery, Elinor, which was named in honor of her and of enterprising and hard-working women in general.

"I'm a working person, I guess," said Otto.  "I like to be around people who work.  I like to get up, get out of the house, and get something accomplished during the day." 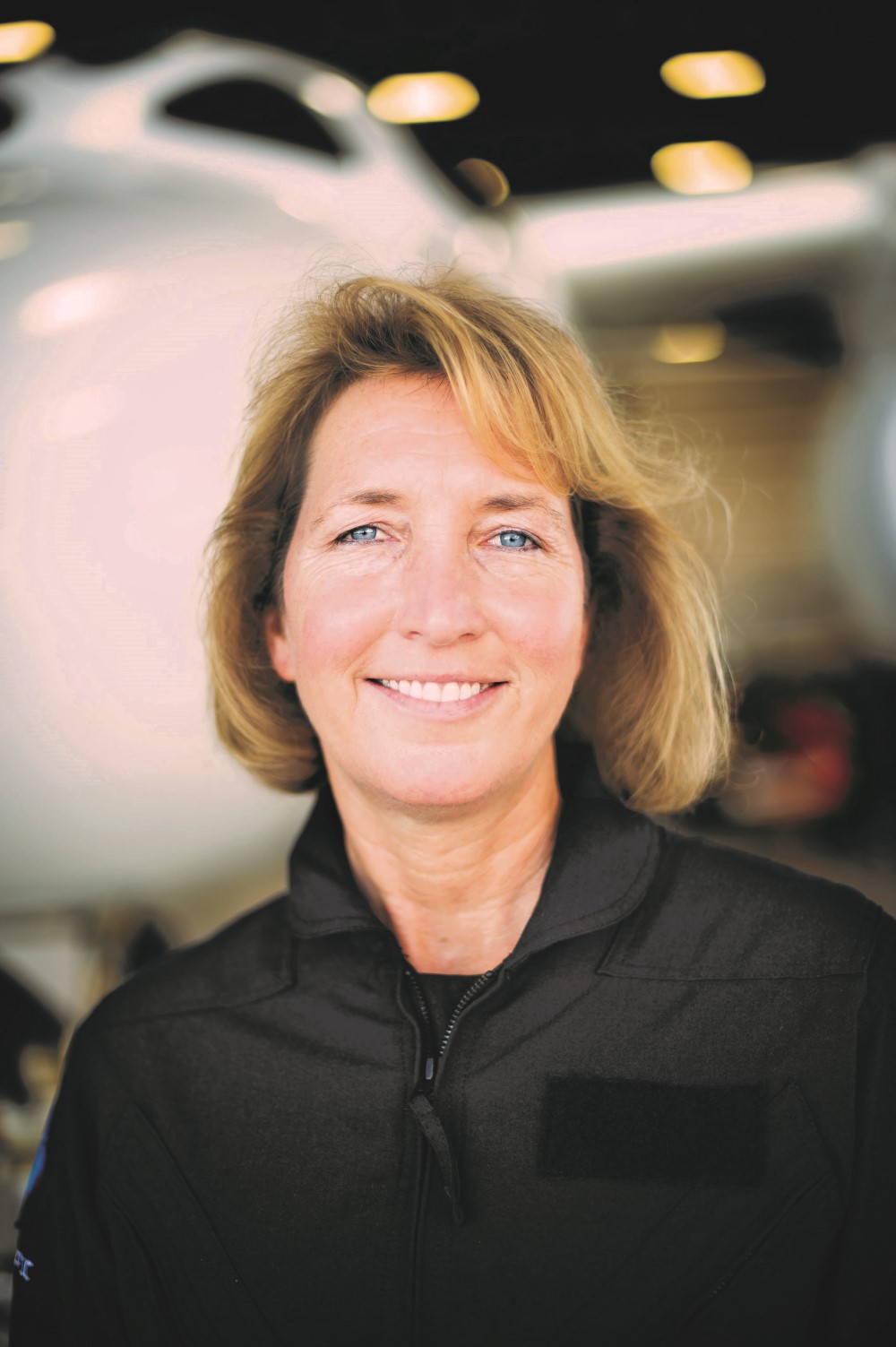 Parked on a taxiway at Long Beach Airport is a Virgin Orbit 747 nicknamed "Cosmic Girl." Next year, the plane will serve as the in-flight launch platform for the Launcher One orbital vehicle. Cosmic Girl's pilot will be the United States Air Force Lieutenant Colonel and former NASA research pilot, Kelly Latimer.

"I knew I would fly for the rest of my life," said Latimer, after flying gliders the summer after her freshman year at the US Air Force Academy.  She graduated from the Academy with a Bachelor's Degree in astronautical engineering, then went on to earn her Master's Degree in Astronautics from George Washington University.

After becoming a pilot with the US Air Force, Kelly flew over 90 combat missions during Operation Iraqi Freedom and Operation Enduring Freedom.

During her time at Boeing, she was Chief Pilot and Deputy Director for Airlift operations for the Boeing C-17, which Kelly's aviation predecessor Elinor Otto had put so much work into. Kelly was responsible for the global operations of the C-17, managing test pilots and training aircrew.

Kelly's role with Virgin Orbit will move her closer to her life-long dream:  "I have wanted to go to space ever since I can remember doing anything," she said.